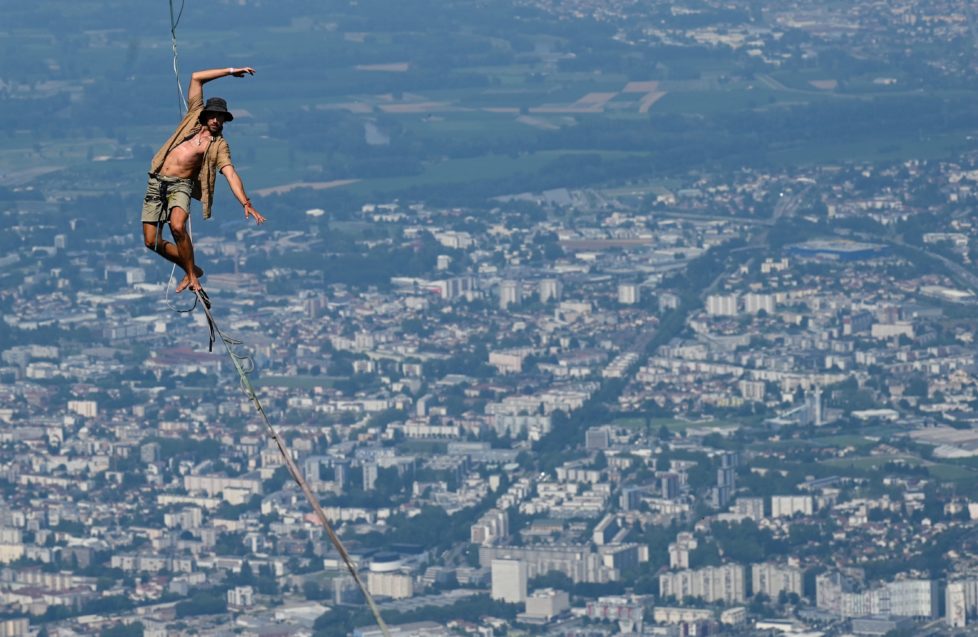 TOPSHOT – A man walks on a slackline during the 7th edition of the European ‚Marmotte Highline Project‘ (MHP) festival in Lans-en-Vercors, near Grenoble, eastern France, on July 4, 2019. – The event, during which the participants will be able to evolve on the various highlines located in the Regional Natural Park of Vercors, takes place until July 7, 2019. (Photo by PHILIPPE DESMAZES / AFP) 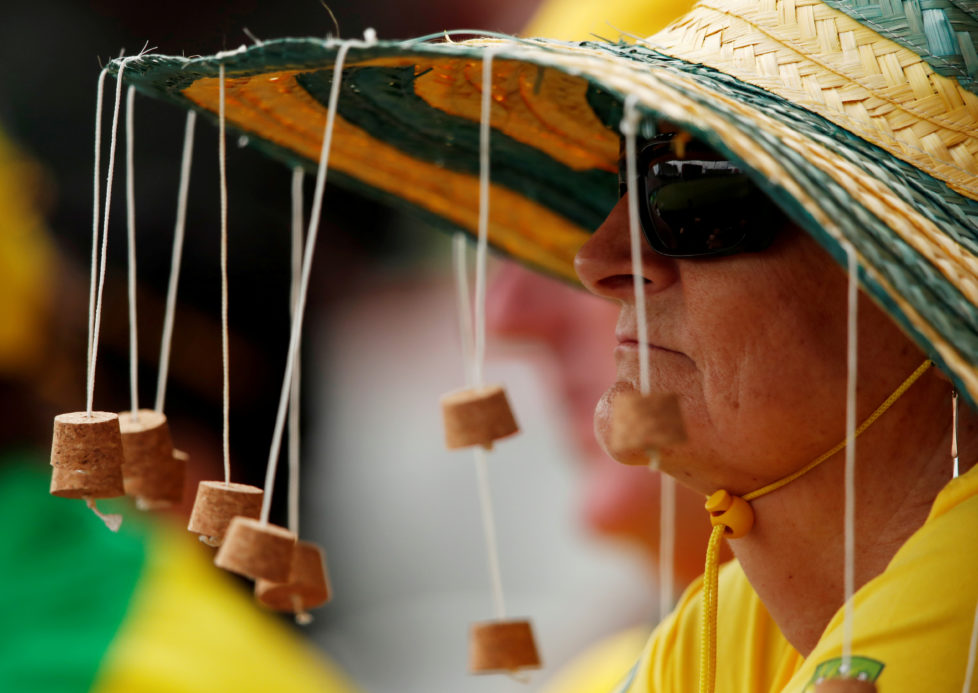 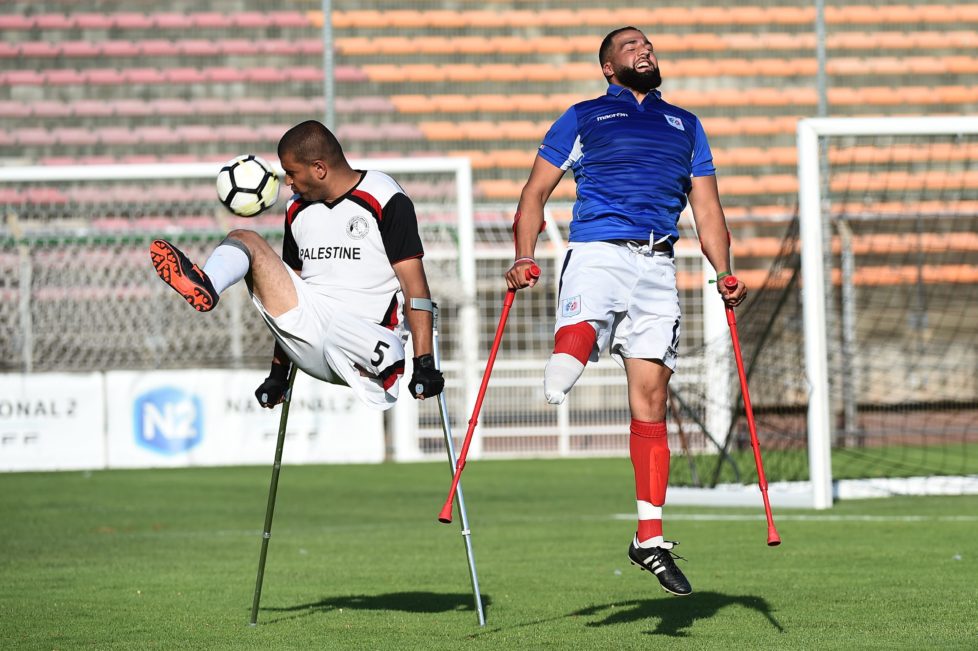 TOPSHOT – Palestinian Najed Nage (L) fights for the ball with French Sofiane Ben Hamed (R) on July 6, 2019 in Martigues, during a friendly football match of players with amputated limbs between Palestine and France. (Photo by Boris HORVAT / AFP) 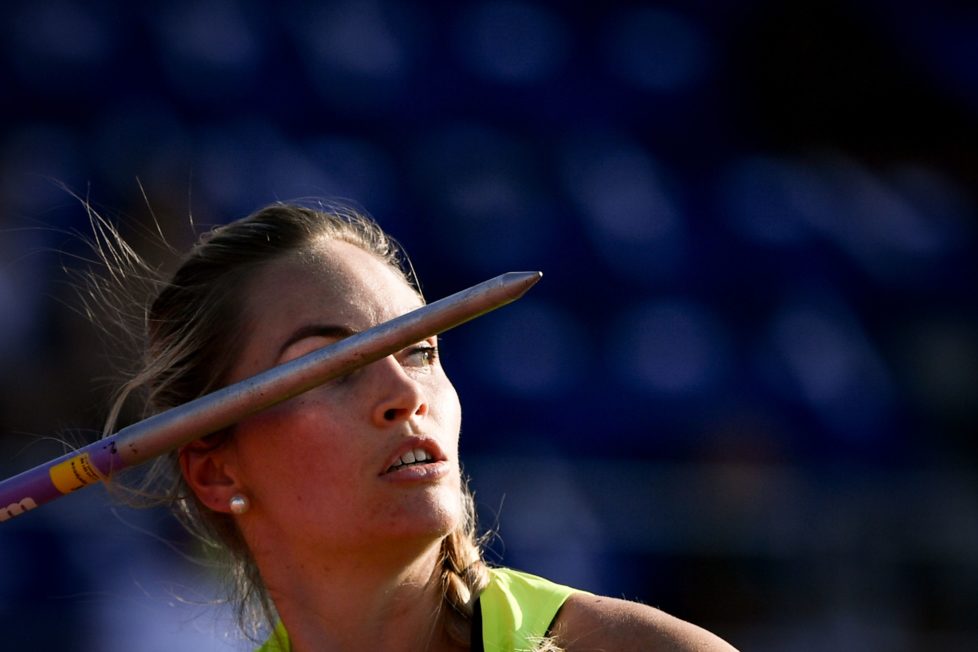 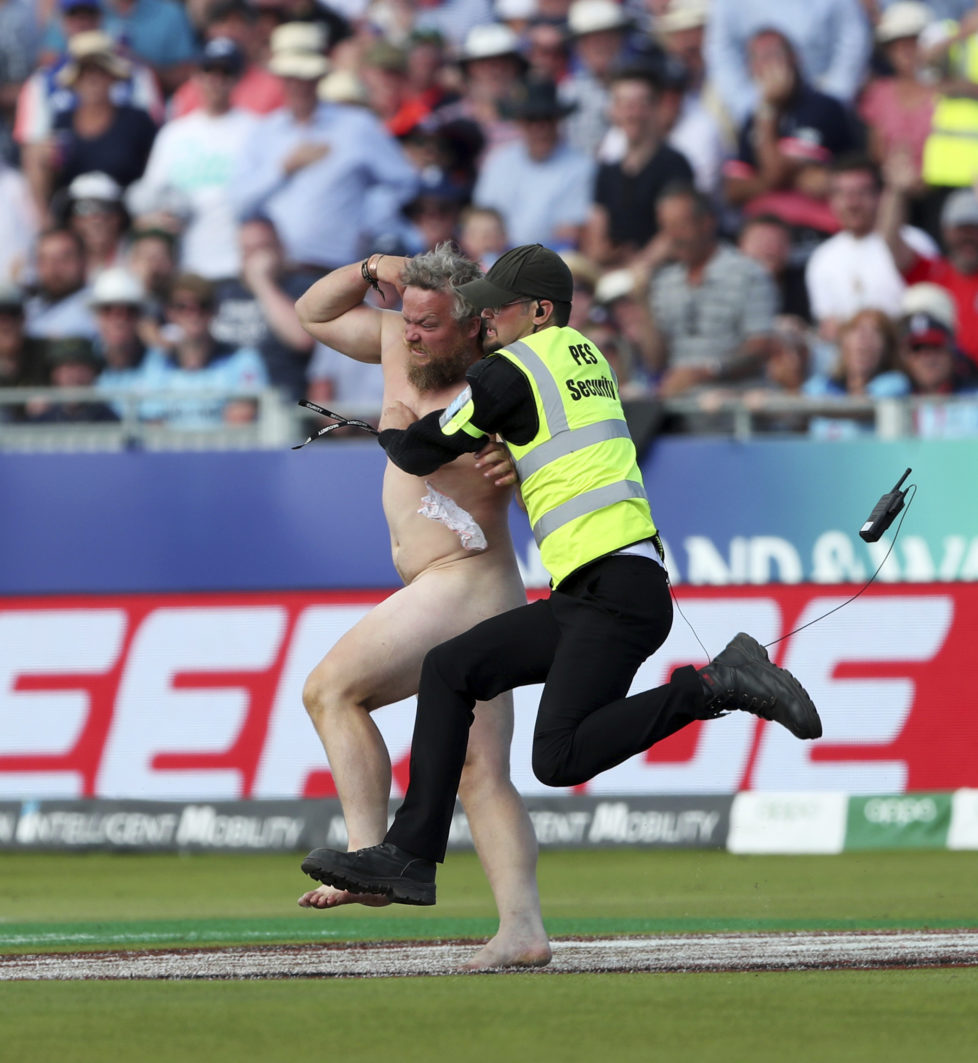 A security officer jumps to restrain a streaker who ran into the field during the Cricket World Cup match between New Zealand and England in Chester-le-Street, England, Wednesday, July 3, 2019. (AP Photo/Scott Heppell) 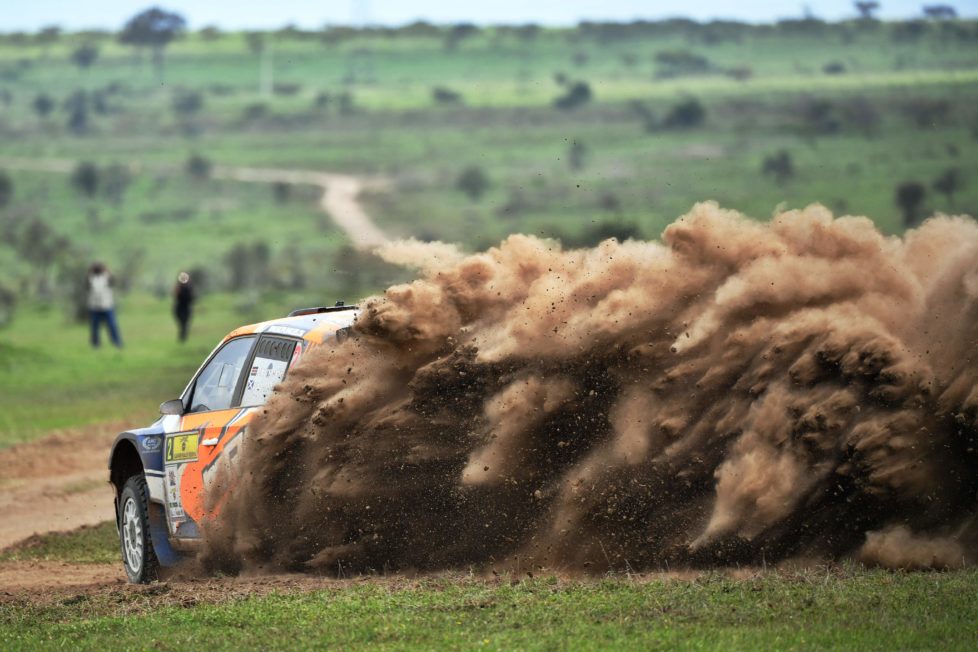 TOPSHOT – Kenia ?s Manvir Baryan and his British navigator Drew Sturrock kick up a dust cloud in the Skoda Fabia R5 as he negotiates a turn on July 6, 2019, during the second day of the safari rally at Soysambu ranch near Kenia ’s lakeside town of Naivasha. – The Safari rally was started as an east African competition between Kenia , Uganda and Tanzania to celebrate the coronation of Britain’s Queen Elizabeth II in 1953. In 2003 it was dropped off the world circuit due to concerns over safety, organization and finances. (Photo by TONY KARUMBA / AFP) 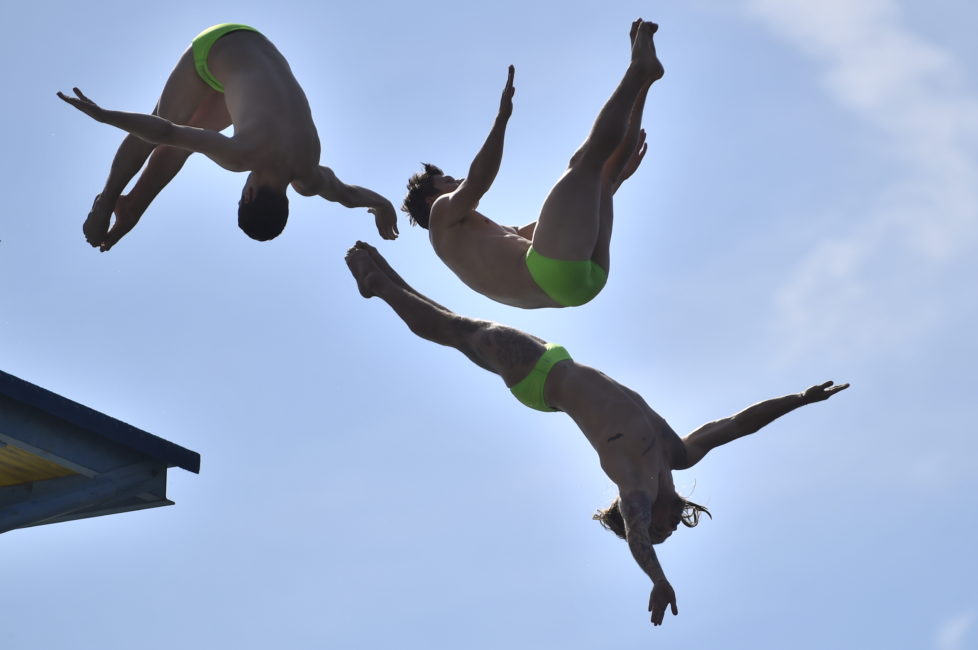 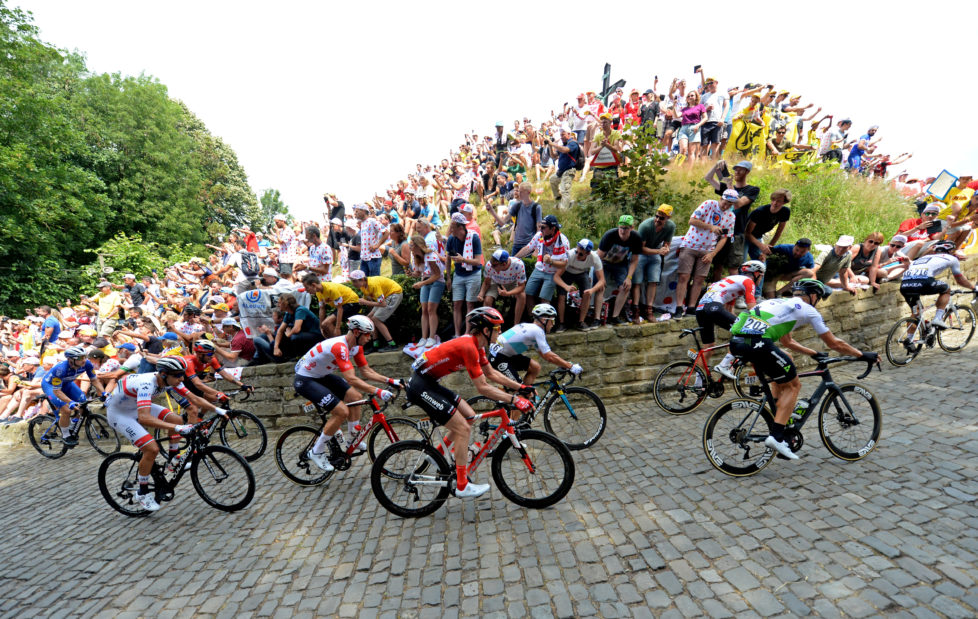 Cycling – Tour de France – The 194.5-km Stage 1 from Brussels to Brussels – July 6, 2019 – The peloton in action on the Wall of Geraardsbergen (Mur de Grammont). REUTERS/Johanna Geron TPX IMAGES OF THE DAY 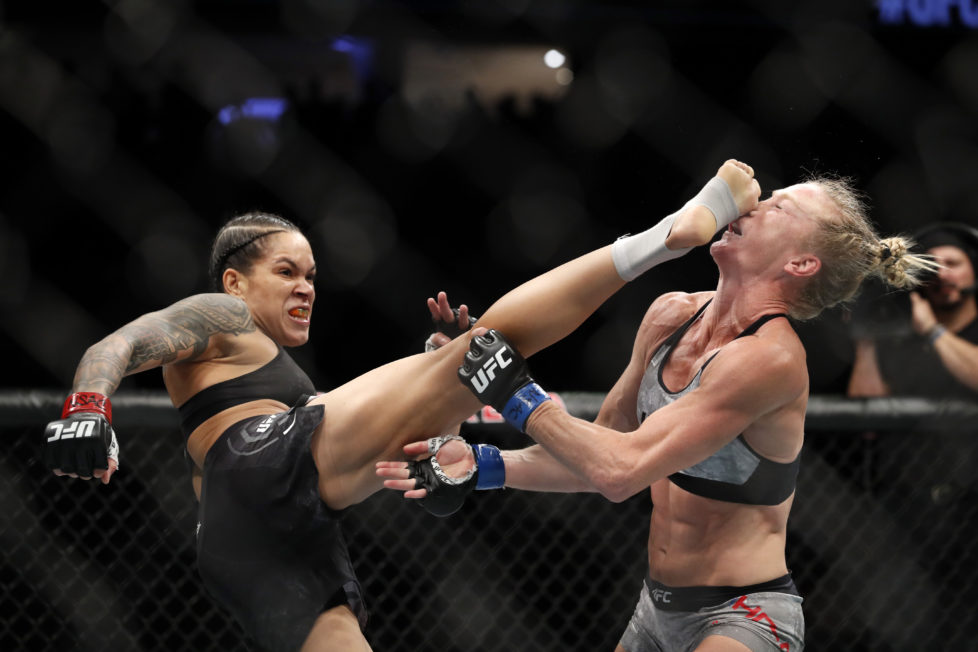 Amanda Nunes of Brazil lands a kick on Holly Holms that knocked her to the mat in the first round of their bantamweight title mixed martial arts bout during UFC 239 in Las Vegas on Saturday, July 6, 2019. Nunes won in the first round. (Steve Marcus/Las Vegas Sun via AP) 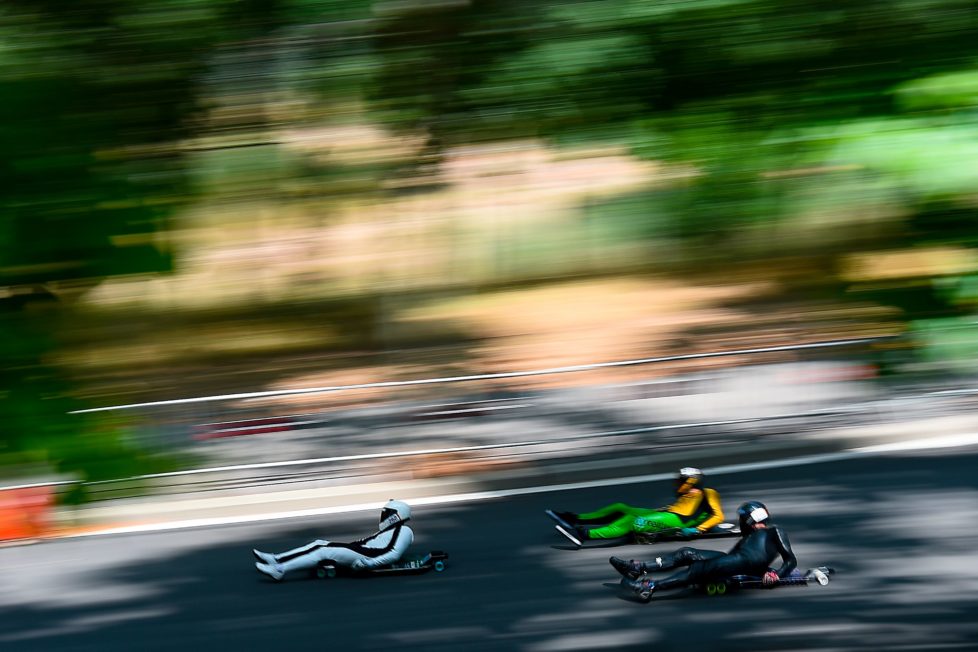 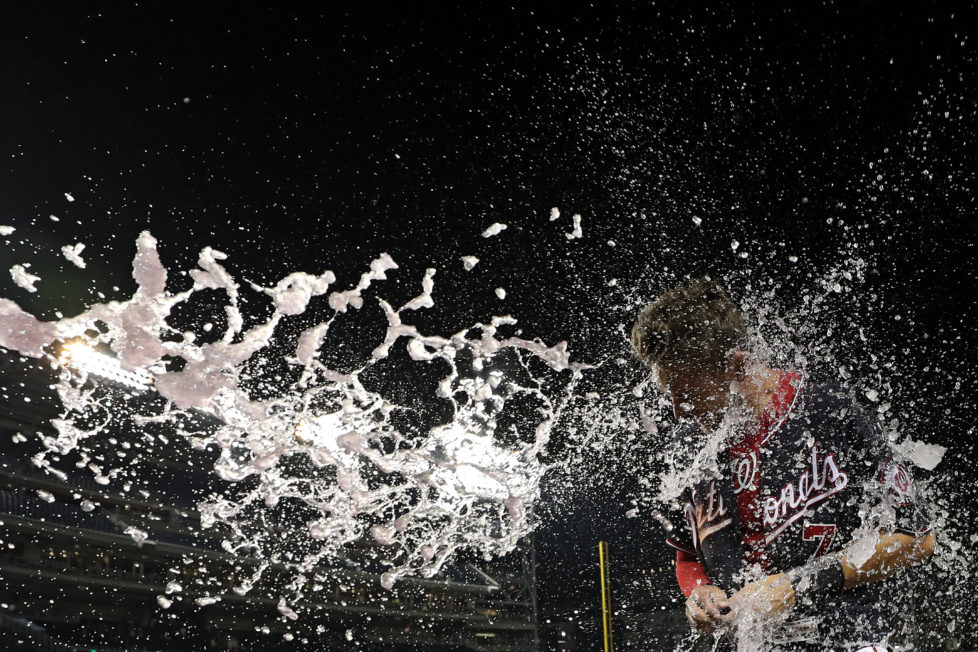 WASHINGTON, DC – JULY 02: Trea Turner #7 of the Washington Nationals is dunked with water by teammates after hitting a game-winning RBI double against the Miami Marlins during the bottom of the ninth inning at Nationals Park on July 02, 2019 in Washington, DC. (Photo by Patrick Smith/Getty Images) *** BESTPIX ***